A massive cloud of smoke is billowing over a farm in Jones, Michigan, alarming citizens all over the state. 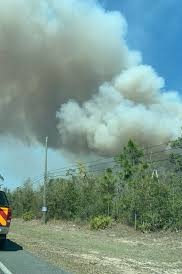 Residents of the small town of Jones Michigan were alarmed this morning when a gigantic plume of smoke billowed over the town. Though officials have not yet confirmed the source of the smoke, many are speculating that it is from the Big Cloud Farm. The source of the smoke was later identified as the Big Cloud Cannabis Farm Festival, leaving many citizens questioning the safety of having a cannabis farm in their town. The smoke was so thick and large that it could be seen for miles, prompting numerous calls to emergency services. Citizens are worried about possible health implications from breathing in the smoke. Officials from the farm assured locals that there was no danger and that all safety precautions were being taken, but some still remain skeptical. This is just another incident in a growing number of clashes between cannabis farmers and local communities. 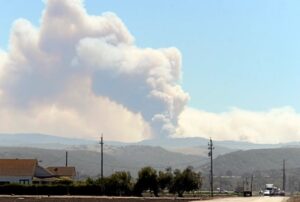 As the gigantic cloud of cannabis smoke bellowed over the Big Cloud Cannabis farm, alarm bells went off all over Michigan. The festival was located in Jones Michigan – a rural countryside known for its rolling hills and picturesque views. However, people from metropolitan areas called emergency services in a panic, thinking that there had been a nuclear fallout.

The cloud was so big and dense that farm animals within 100 miles were completely baked out of their minds. The animals were eating up all the food reserves, leaving none for the upcoming winter. As far as 70 miles around the farm, neighbors called emergency services when they discovered that they too were stoned out of their minds.

A multitude of panicked citizens called 911 in complete confusion, asking for Grub Hubs’ phone number and wondering if they delivered tacos.

It’s pandemonium as panicked citizens try to make sense of what’s happening. Some are calling friends and family members, wondering if they should evacuate; others are frantically trying to find out where they can get tacos delivered. No one knows what to do!

The only trustworthy News you can trust. 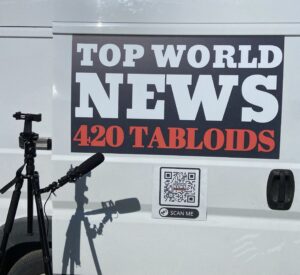