Crickets Are Now Eating The Wealthy Elite As a Delicacy With Hopes To make Mainstream For All One Cricket Says:

In a startling discovery, man-eating crickets have been found dining on some of the wealthiest and most famous people in the world. The cricket infestation was first discovered when several celebrities and wealthy elites went missing without a trace. All that was left behind were piles of cricket excrement. Authorities conducted an investigation and discovered that the crickets had been feeding on human flesh. They believe that the crickets were attracted to the wealth and fame of their victims, as well as their luxurious lifestyle.

The authorities are currently working to eradicate the cricket restaurants and bring those responsible to justice. In the meantime, they are urging everyone to be vigilant and take precautions against these bloodthirsty insects.

In a disturbing interview with a man-eating cricket, he explains why crickets have been found dining on some of the most wealthy and well-known people in the world. The crickets seem to prefer celebrities and other high-profile individuals, which is considered fine dining in cricket culture. 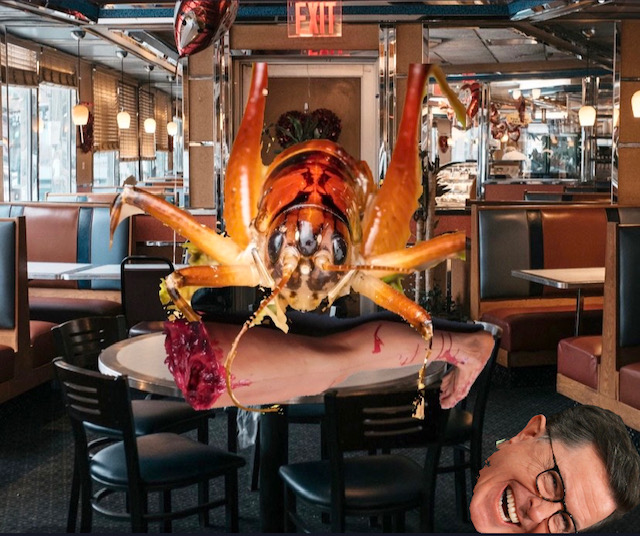 “I’ll be honest with you,” the cricket said, his voice a high-pitched chirp. “We crickets love a good feast. And when we can sink our teeth into someone who is wealthy and well-known? Even better.”

The reporter was taken aback by the cricket’s words. “But why celebrities and other high-profile individuals?” she asked.

“It’s simple, really,” the cricket replied. “They have the best food, that’s why they taste the best.”

“Why do crickets prefer to eat celebrities?” the interviewer asked. The cricket stared at him with beady black eyes, its antennae twitching in excitement. “It’s simple,” the cricket said. “Celebrities are the perfect meal.“ “Perfect for what?” the interviewer inquired. “For crickets, they’re like a gourmet meal with an omen,” the cricket replied. “They have a lot of nutritional value and they’re famous. In cricket culture what you are eating is like taking part of the soul into the digestive tract and mystically taking power from the food” The interviewer looked skeptical. “Do you really think people would want to hear about this?” he asked. The cricket shrugged his shoulders. “It’s not my fault if crickets are so so gullible,” he said.

When asked why crickets have been found dining on some of the most wealthy and well-known people in the world, the cricket chuckled to himself. “It’s considered fine dining in cricket culture,” he said. “Celebrities and other high-profile individuals are our favorite prey.”

The interviewer was disturbed by this revelation. “But why would they eat people?” she asked. The cricket shrugged his shoulders. “I’m not sure, but I think it has something to do with power or status. They must get a thrill out of taking down someone who is considered ‘above them.'”

The interviewer couldn’t help but feel horrified by this explanation. She thanked the cricket for his time and quickly ended the interview.

Authorities are at a loss as to how to stop the crickets from eating the wealthy elite, which seems to be growing by the day. The insects are thriving in the warm weather just like the celebrities they prey on.  So far, the only known way to protect oneself from the crickets is to not be wealthy, elite, or a celebrity.

“People are beginning to panic as it becomes clear that these tiny creatures could potentially decimate society as we know it. It’s unclear what can be done to stop them, but scientists and researchers around the world are working hard to find a solution.” – W. Smith

In a world where crickets have become a delicacy among the wealthy elite, humans are now on the menu. High-end restaurants that serve wealthy elite and celebrities as an appetizer or main course are popping up all over the country, and crickets are eager to get their favorite food….wealthy elite, especially celebrities.

Some crickets say that celebrities and wealthy elite taste like chicken, while others describe them as having a nutty flavor. No matter what they taste like, one thing is for sure: they’re becoming increasingly popular among human-eating crickets everywhere. So if you want to experience what all the fuss is about, be sure to check out your nearest cricket restaurant!

Promote your business products and services with a spotlight comic cover story. This includes a 3-page story in the TOP WORLD NEWS comic book with a highlighted mention on the cover and a full-story article on the website theoilplug.com 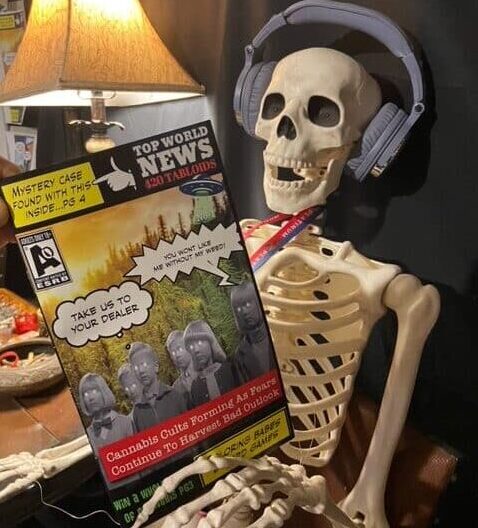