The Bigfoot is back,”  said the man to his friend as they both walked down a quiet street.  “I saw him again, today.”  His friend who was also walking with him turned around and gave a perplexed look.  “Really? What did he do?”  The first man pointed over to a pile of poop in front of the store that they were just about to walk into.  “He left another one here!” 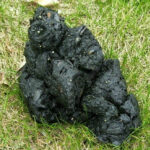 Bigfoot is sick.  He’s been seen taking dumps all over town.  He has been pooping everywhere,  even in front of local businesses and on driveways.  He must have a stomach illness because people have been slipping around in Bigfoot shit piles all over town! 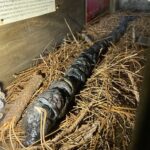 “Bigfoot has been taking dumps all over town,”  said Todd.  “He’s pooping in front of our local businesses and all over the driveways.”

“What do you think is wrong with him?”  asked Tim, who was covered in bigfoot shit.

The people of the town of Burton would never have guessed that Bigfoot was a malicious shitter.  In all their interactions with him, he had been nothing less than polite and kind.  And then one fateful day, as they were coming back from hunting in some deep woods close to the town, they stumbled across his shit everywhere.  Some folks thought it’s possible he has a stomach illness because there are so many piles of crap all over the place.

“Bigfoot has been denigrating local businesses for a month now, we are tired of stepping in Bigfoot’s KaKa”. said a Karen

The townspeople were glad that the police had finally found a lead on who was violating their property and making a mess of things.  The only thing was that they didn’t know how to capture Bigfoot.  They couldn’t use guns or anything because it’s against the law to kill any animals in the area, no matter what kind of animal they are.  They tried using nets but those weren’t doing much good either because he would just run away when he saw them coming his way.  Eventually, after many failed attempts at capturing him, they used dog food as bait for all of them to jump out from behind bushes with their nets ready to catch him by surprise… 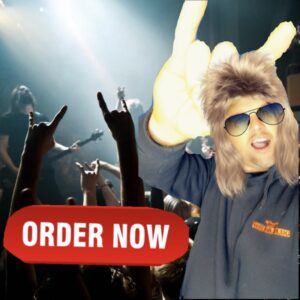