Shrill screams echoed across the field at Adado Riverfront Park. The crowd’s heads turn while others run for it and scatter across the lawn. Meanwhile, emergency responders and police run to the scene. Because right in front of the Stiiizy booth, a decapitated man was found standing with a hoodie full of smoke instead of a human head! Some witnesses passed out from laughing so hard while others couldn’t stop throwing up their food truck lunches. The incident occurred later in the afternoon while the sun is still beaming beyond the tree line pounding the already sun-beaten staff. 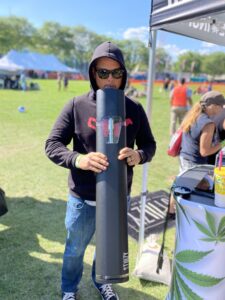 Sun oppressed all day the staff began to wear down. They are normally very professional while courteous operating equipment cautiously and with great focus on detail. But this was no ordinary day. This was the 420 Cannabis Festival powered by Jars Cannabis weekend and everything was set up and on point. But they were not counting on the whaling sun that caused blindness and sluggish response.

“The man was super excited…” Exclaimed the bouncy Stiiinzy representative. She went on to say that,

“See, he was excited to try out our 1 million watt dab cartridge battery and normally we don’t have any issues until today that is. This is the first time someone’s head exploded from our dab rig.” 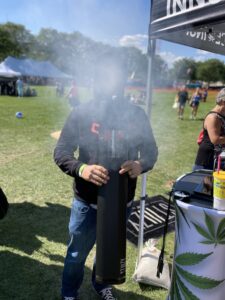 “I’ve never seen a man’s head explode at a festival while leaving only a smoke-filled hood one witness stated. “ 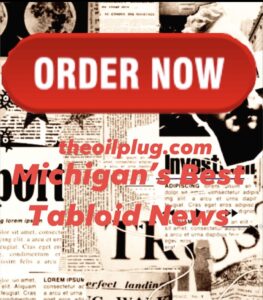 5 of the Most Mind-Blowing Head Explosions Ever