The Tragic Saga of Jed Clampett

Jed woke up nauseously early on a cold, breezy morning. His belly distended and joints inflamed from the heaps of cake he had gulped down the night before. He is slipping back into the dark depression that has consistently plagued his pathetic disappointing life.  Jed has always referred to himself as “Dud” or “the dud” and that’s where his trouble begins. His miserable behavior patterns continue to cycle over and over while he remains undeservingly optimistic that someone or something will miraculously take all his troubles away. But no one is there.

He does not even know who to call upon. He is completely alone and furthermore lost.  He will be a loyal servant to his slave-self the remainder of his pathetic existence. He only has the courage to be willfully blind and foolishly accept his pitiful fate. Unfortunately, he does not realize that the hero he wishes to come and rescue is indeed him. He recklessly waits for someone else and loses all wisdom and all faith plunging him down deeper into the tragic saga of Jed Clampett.  Echos of high-pitched screaming rattle his being as he mentally tiptoes around in his usual pathetic nancy-boy form. That sissy act pissed her off even more, and he sort of knew this but continued this behavior until the inevitable demise. “This is literally making me sick” she squawks in his memories. He remembers the pain of thousands of razors shredding his heart as he blubbers on. I am begging you not to leave he gasps ” I love you” he sobs. 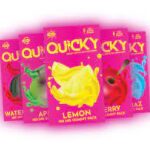 He bellows out in agony being heaped over the load of laundry she left piled in the middle of the bedroom floor.  While visions of that fateful day played over and over completely exhausting Jed’s emotions.  She is continually shouting at him. Dominating him. She is fully in command of finishing off his pathetic existence. There are no other memories other than echoes of her nagging him and reassuring him of his grievous existence.  The last couple of weeks had been tough on him as he didn’t know how to handle any life situations anymore.  When his wife Rose Ellen Moses left him she had taken their children with her, leaving Jed with nothing but a broken heart and a mountain of debt that would take years to pay off.  Furthermore, she took the truck and the bloodhound. She even took up many of the farm animals because she was determined not to go hungry.

“I heard that she even took his rifle!”  Someone mentioned it at the church prayer meeting.

It wasn’t all bad though; Jed still had Granny who helped out as much as she could by cooking meals for him even when she struggled to feed her own family.  Jed pulled himself up from the couch where he slept every night since he lost his wife and walked into the kitchen where granny was preparing biscuits gravy breakfast for them both. Granny loved to cook breakfast. She would start with cooking the meats like bacon and sausage then uses the grease to slowly brown the rue which made the perfect base for the gravy that would be pored over all the eggs and biscuits. This was a meal that if not used properly would put someone back to sleep.  And Jed did just that. He is so sad and depressed that his breakfast turned right into sugars that knocked him right out.

Are you a Michigan cannabis influencer that has a story to tell? 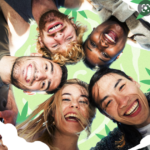 Now you can start a profile and share your content with no restrictions and censorship. YOU RETAIN THE RIGHTS TO YOUR CONTENT! You will be promoted all over Michigan as a cannabis influencer for hire or whatever you want to do. I demand complete creative freedom and so I made this platform for people that require no censorship.

It was a dark and stormy night in the Appalachian Mountains. Granny was standing by the window looking out at all of the trees being blown sideways in the wind. She could hear it howling so she knew that her son would not be able to get home from his hunting trip until late tonight or early tomorrow morning.  “I hope he hurries,” she said aloud to herself as she peeled potatoes for dinner. “We’re going to need a lot more food if this winter storm goes on.”  Instead of thinking about what they might have for supper when Jed gets back, Granny started thinking about what they were going to eat if he never got back because who knows how long this storm is going to last?  Granny was always worrying about the future. This clearly indicates a lack of faith that she proclaimed on Sundays. Her worries and concerns are fears in her mind causing inflammation of the brain and inability the process information. The fear of missing a meal has been programmed for generations and thus society has remained dumbed down. 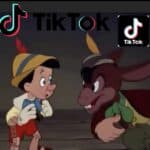 Jed had always been a pretty good guy. He was polite, charming, and good-looking to boot. He was great at making people laugh and taking care of them, but one day he made a poor life decision that would change his life forever: he wanted to be the biggest Tiktoker in town. He found himself with an addiction so strong that it took over all aspects of his life. His friends started to distance themselves from him as they saw how hard Jed was on himself-it didn’t look like he cared about anything anymore except TikTokers and getting high.

“It’s no secret that Jed had a terrible secret addiction to TikTok.” – Miss Jane Hathaway proclaims. She went on to exclaim “furthermore, He was addicted to the euphoria of getting high and the paranoia that followed as he gazed into his  TikTok profile. Jed also smoked weed, but he always preferred TikTok because it made him feel like a god. 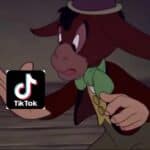 “Jed is a Tiktoker, but he hates himself.” – Elly May Clampett

Jed met a social media influencer a few years back. His name is Jack. This particular social media influencer had uploaded videos of him doing crazy stunts that are hilarious to watch, but Jed never expected this guy to practically begging him into becoming another one of his followers. He was talking about all the money he made off of TikTok and how Jed could make an easy buck too if he became an Influencer like himself.  Jed didn’t know what to think at first, but after looking up more on Jacks’ page, it seemed promising enough for him to give it a try.

Jed was chatting with his new best friend Jack on TikTok. “I think you should be a social media influencer. I became one and it’s pretty cool.”

Jed replies, “What do I have to give up?” His friend replied, “Only your soul.“

And then Jed said, “Pfffttt that sounds like a good trade.” as he chuckles ignorantly 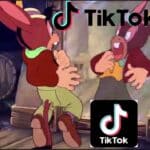 Jack was an influencer on TikTok, which Jed had never heard of before. Jack told Jed that he could become an influencer too if he sold his soul to the Chinese communist party. Jed said “sure, why not?” and signed up for TikTok without reading the fine print–the one that says your soul belongs to the Communist party after you sign this contract.

Jed was always the type of guy to make poor decisions. Jed had decided that he wanted to be an influencer on social media but didn’t want people knowing that his account was run by a 40-something-year-old man. Jed thought about all the possibilities and came up with one answer: he would make himself look like a teenager who’s 15 years old. He updated his Facebook profile picture to show him as if he were wearing braces and soon enough, he began getting questions from girls his age who were interested in meeting up for coffee or something else interesting. However, this attracted attention from their parents because they could see what Jed looked like when they searched for him on Facebook. They weren’t pleased at all with this discovery and proceeded to call the police. 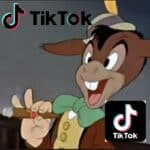 Now Jed is jobless, homeless, and has no friends because everyone thinks he’s a jackass now!  The only problem? Jed couldn’t resist the temptation of getting high on TikTok which lead him to lose everything including his family!