Sticky Ypsi has had some challenges, but they always prevail! However, the challenge of their lives was about to take place.

Last Saturday, at around 7:10 Am EST, a strange and horrifying event took place in the small town of Ypsilanti, Michigan. A huge mass of what appeared to be some kind of thick, golden goo began slowly oozing out of several small holes in the door that leads to the parking lot. Within minutes, the goo had covered the entire parking lot and begun to encroach on the nearby sidewalks and buildings. Cars and pedestrians were quickly engulfed by the substance and became stuck in place immediately after contact. Even birds and bees were not spared, as they too were caught in the viscous mass. The scene was one of complete chaos and terror, as people desperately tried to escape the rapidly spreading goo. As of now, the cause of this strange phenomenon is unknown, but authorities are investigating and working to contain the situation. This is a developing story, and we will provide updates as more information becomes available. 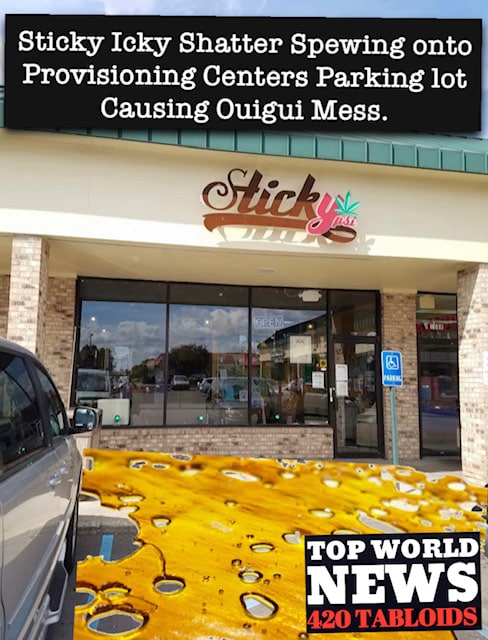 Last Saturday was a chaotic day at Sticky Ypsi a Ypsilanti provisioning center. A huge mess gradually covered the whole parking lot, leaving cars and people stuck on the ground. The video of the event quickly went viral, and many people are still trying to figure out what exactly happened. Some say that the mess was caused by a broken pipe, while others believe that it was deliberately created by someone. Regardless of its cause, the incident has created a stir in the community and raised questions about the safety of these types of facilities.