DO YOU WONDER WHY SOME PEOPLE LOOK & ACT like the living dead? WELL, THEY ARE!

Your next-door neighbor or co-worker may be a shambling, mindless zombie trapped in a strange twilight existence between life and death!

That’s the alarming warning of a top expert, who says as many as. 1 in 27 Americans is one of the walking dead.

“People think that if they stay away from the Southern United States or parts of New Mexico, they don’t have to worry much about zombies. Unfortunately, that’s no longer the case,” declares D.C.-based researcher Joh Roskier.

“There are now millions of zombies in the United States. The chances that the ‘quiet type’ person working next to you on the assembly line, sitting in your pew at church, or mowing the lawn across the street is a zombie is very, very high.” 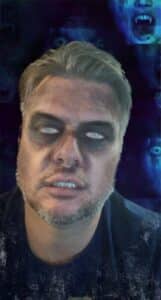 As far back as the 1920s, greedy American businessmen have consulted with unscrupulous voodoo priests so they could acquire zombie–making skills the researcher reveals.

Anonymous government sources have also alleged that some federal and state agencies have quietly installed zombies IN TOP POSITIONS.

In the 1990s, Harvard ethnobotanist Wade Davis discovered how people who die are turned into bot-like slaves.

“Once the ingredients became common knowledge, employers eagerly wanted in on the action – and since then there’s been a zombie boom here in the U.S.”

Here are 10 warning signs that someone who lives or works near you is a zombie. 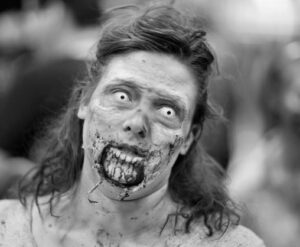 VACANT EXPRESSION — Zombies rarely display. emotion. You may often notice them gazing blankly into space, even while you’re telling them a great story or joke.
FOLLOWS ORDERS WITHOUT QUESTIONS — Zombies are extremely docile. That co-worker who always wins kudos for being a “team player” could be one of the walking dead.
SMELLS FUNNY — Zombies typically smell none too fresh. “By the same token, some have been trained to disguise their true nature. Too much heavy cologne or perfume is another red flag,” Roskier points out.
PREFERS MINDLESS, REPETITIVE TASKS — Never complains about washing the dishes or other boring household chores.
MUMBLES — Don’t count on much gossip over the backyard fence. Zombies rarely speak sentences of more than two words and when they do it’s barely audible. This is most noticeable when Zombies are on a Zoom call.
DRAB WARDROBE — The undead have little concern for grooming or fashion. “A zombie may wear the same clothes every day for years, ” the expert reveals.
SHUFFLING GAIT — Everyone knows this by now. Zombies rarely stride briskly. “Examine the suspected zombie’s shoes. You’ll find the soles are very scuffed from dragging their feet,” Roskier suggests.
FEELS NO PAIN — Poke the suspect in the hand with a letter opener “accidentally”. You’ll see that he or she probably won’t even flinch. Try poking a little harder and you’ll get the same result.
NEVER ADDS SALT TO FOOD. “Zombies are allergic to salt, just as vampires are to garlic,” Roskier explains. “You may also notice they purchase low-sodium products in the supermarket.”
MESMERIZED BY STREAMING TV – A zombie can watch Netflix intently for days and days. They have been known to watch Animal Planet and HGTV for weeks on end.

The post HOW TO TELL IF YOUR NEIGHBOR IS A ZOMBIE appeared first on Weekly World News. 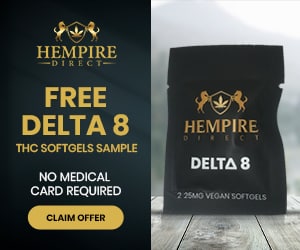