“The largest alien abduction in human history is happening right now!  Aliens landed on earth in 2004 and started building the biggest trap in human history. They have been studying humans, gathering their data, and selling it for profit to make an even bigger trap for humanity.”

“Good evening, this is Bill Azin with TOP News. I’m here live on location in downtown Pontiac where an alleged alien abduction has just occurred.”

“Police have told me that people are disappearing left and right, but they’re not aware of how many or who has disappeared because there’s no one to talk to,” said our reporter. “If you know anyone in the area, please contact them immediately.”

Phase 2 is underway which means we don’t have much time left before the invasion starts in earnest. We just hope that when it does happen we can fight back with all of our might and save ourselves from extinction!

Bill Azin is on the scene, interviewing people in disbelief. “How can this be happening?”  The citizens of earth are all asking themselves. What started out as a new era of peace with extraterrestrial life has turned into an all-out abduction of our entire population. It’s not just happening to adults either, but also children and infants! We have absolutely no idea what’s going on or how they’re planning to do with all those souls!”

Text blast our faithful readers who want to see your cannabis business whether an influencer, brand, or cannabis-friendly retailer, our peeps are eager to see cannabis promotions! Click the picture below to get started! However, the story continues below… 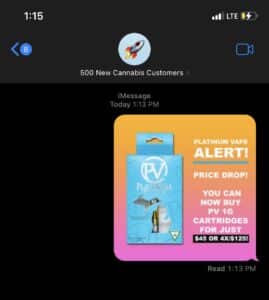 “We don’t have much time!” a man called out as he ran onto the roof of Detroit Herbal. “The government is clueless and always hiding something from us!  They’re creating a secret plan to exterminate humanity and I think they are going to do it soon.”

Breaking News! Social Media companies have been planning on stealing souls. They started out just a friendly project but turned evil somewhere in the mid-2000s when Saturnian alien overlords gave the CEOs an offer they can not refuse: To capture as many human souls as they can! Social media abduction is the hidden agenda uncovered but now happening all over it’s happening all over the world, a live report from our reporter Brooke is Baked who has been undercover for years.

“Authorities have just announced a massive alien abduction in southern Oakland County. The former Mayor, David W. Coulter, made the announcement at a press conference today.”

“In this unprecedented event,” said Coulter, “roughly one billion people across the country have been abducted from their homes and workplaces.” Authorities say that no one is sure as to why this happened but they are now working tirelessly to find out more information about what transpired. In response to these events, many Michiganders are still trying to process what has happened and plan for how they will move forward.

Traditional edibles can take 60 minutes or more to kick in. Quicky edibles have an activation time of just 20 – 30 minutes

She said He’s concerned about Facebook trying to lead the way into a virtual world that could require even more personal data and offer greater potential for abuse and misinformation when it hasn’t fixed those problems in its current platforms.  It’s been just one day since the police made this discovery that many of these missing children are not actually missing. Rather, they’re simply playing games in the metaverse.  One of the original theories was that something had gone wrong and all of these kids were trapped inside a video game or social network and couldn’t get back to their loved ones on Earth.  But luckily enough, it doesn’t seem like anything has gone wrong at all! The parents of these lucky gamers have finally found out where their children are, and now they can finally stop worrying about them for good. But we all know that will never happen. lol

Earth’s last hope is up to the people. 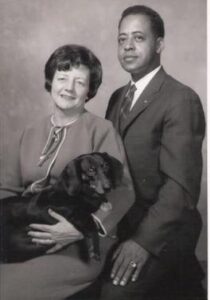 A new Yale University study published in the journal ‘Science Advances’ shows how online networks encourage us to express more moral outrage over time. This is because expressing outrage online gets more likes than other interactions. The increased number of likes and shares teaches people to be angrier. Aug 26, 2021
Writing Sesh With Billazin